DjVuReader is an application designed to open and view files with the extension Djvu.

There is also support of two modes of viewing: single-window and double-window. Thanks to the contrast and brightness settings of the image, user can choose the optimal position in which it would be most comfortable to read a document from a computer monitor.

There was implemented most complete ability to index not only the pages of the document but also its content. DjVu Reader application has support for copying to the clipboard not only text, but also images, which is very convenient when working with the document.

DjVuReader now has the ability to open all tabs in one window, thanks to this feature, there is no need to keep multiple copies of the program on system tray which saves memory and speed of the computer.

This feature is also available in a number of current browsers. You can download DjVu Reader free from our website. It should be said that the program was written in the environment of Borland C + + Builder 6 development. According to the developers, they wrote the program for their own use, as files in this format don't occupy much space and are convenient for storage.

For creating DjVu Reader the source code of free software DjVuLibre 3.5.12, running under the operating system Linux, was taken as a basis. 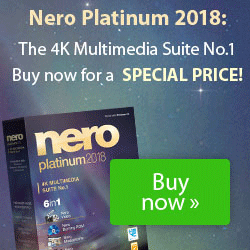 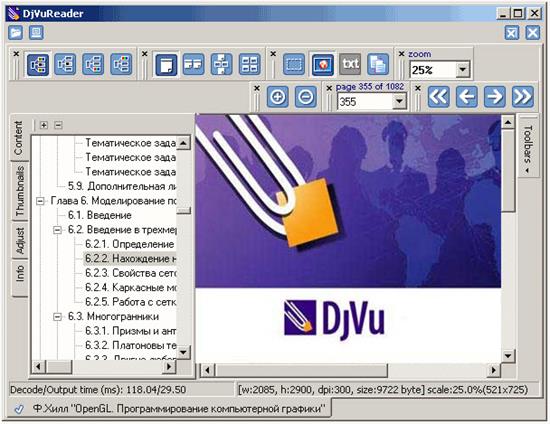 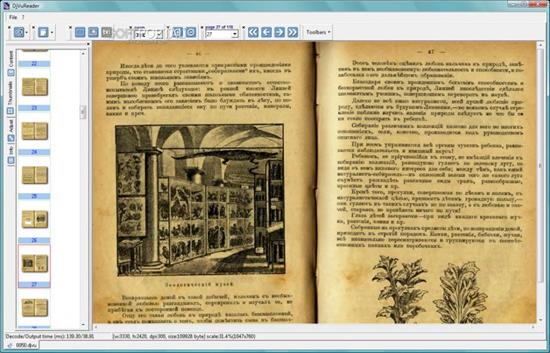