Originally developed for compressing anime videos, VirtualDub has evolved and reached the stage where it can capture and process video clips faster and with better output quality. It is not as complex or feature, but it gets the job done when it comes to linear adjustments over video streams.

Since the application doesn't require any installation, VirtualDub is portable, so you can simply move it on an external device and use it on any computer. As far as requirements are concerned, note that the application relies on appropriate video and audio codecs in order to process the files.

Even though VirtualDub is mostly aimed at handling AVI files, it can successfully read MPEG formats and BMP images, providing you with a broad range of possibilities.

The user interface is standard, yet intuitive. Once you have opened a video file, you can cut, copy and crop sections, apply filters, change frame rates and color depth, recompress, adjust AVI output and Wave input buffering, and others. Another feature that stands out is the ability to capture video streams to AVI format, together with sound.

Videos can also be created by putting together a series of BMPs or targas (a raster graphics format also known as Truvision TGA), accompanied by sounds. Tracks can be easily extracted from video clips, but further modifications to the audio stream must be performed in an external program. 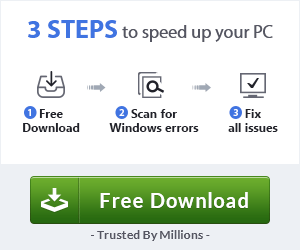 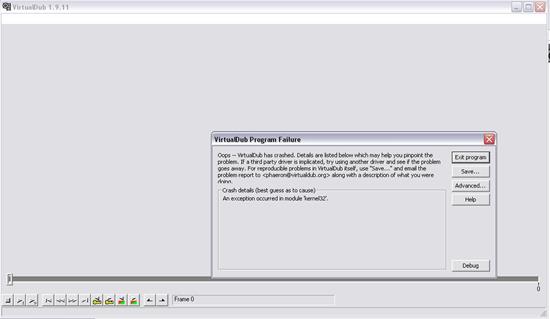 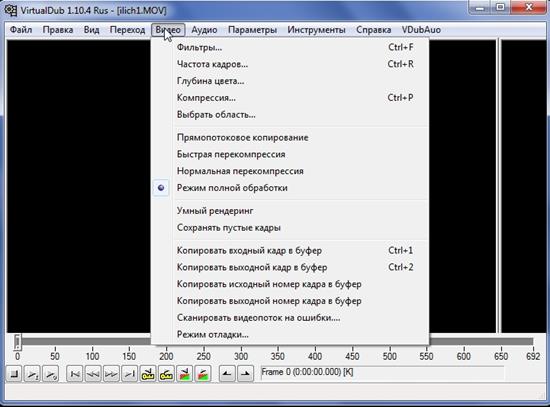